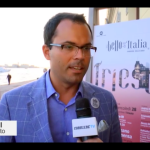 I received my M.Sc. (laura magistrale) in biological sciences from the University of Trieste in Italy, my Ph.D. (Dr.rer.nat.) from the International Max Planck Research School, University of Tübingen (Germany), and an MBA from the MIB School of Management (Italy).

Subsequently, I spent three years as a postdoctoral fellow at the Max Planck Institute for Human Cognitive and Brain Sciences in Leipzig. From 2012 until 2014, I was research associate at the Ecole Normale Superieure & Hospital Salpetriere in Paris and at the University College of London, with Prof. Semir Zeki. In 2014, I moved to Manchester for my initial appointment as Assistant Professor, Division of Neuroscience and Experimental Psychology at The University of Manchester.

I have published scientific articles , book chapters and numerous articles in newspapers and journals. My research addresses scientific questions using a widely multidisciplinary approach, for instance by merging art and human brain sciences I contributed to develop the field of neuroaesthetics and co-organized several international initiatives in this research field. 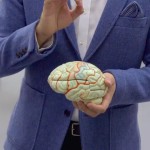 In 2004, my work has received recognition by the President of the Italian Republic and I have been elected a member of the group Italian leaders abroad – Aspen Institute Italia for the year 2011. Since then, I have been an Expert evaluator for the European Commission, reviewer for the Economic & Social Research Council (UK) and for The Research Foundation (FWO– Flanders, Belgium), and Associate Editor for Frontiers of Psychology, Emotion Science.

I have diversity of experience beyond neuroscience and an understanding of a number of different functions: (i) curator of numerous scientific exhibitions on neuroscience, prehistoric anthropology and paleontology, (ii) voluntary work at the Natural History Museum of Trieste (including scientific expeditions, and an award for my scientific activity), (iii) licensed taxidermist and holder of a specialization in the management of museum collections (1998 Natural History Museum, Pisa), (iv) attendance of the course Management, marketing and communication at Bocconi University (1999). I also paint, mainly oil on canvas.

I contributed to the think tank “Italia Futura” developing the concept that a policy of preventive and effective welfare interventions shall seriously consider the influence of cultural participation on psychological well-being (see for instance here). I am also Academic Advisor of the Wellcome project “Cultural Engagement for Wellbeing”.

I was born in Trieste (Italy), and live in Manchester (UK).

-President of the Italian Society of Neuroaesthetics “Semir Zeki”

-Member of the Institute of Neuroesthetics (University College London and Berkeley, California),